“We Are Free Because of Harriet Tubman” hits D.C., Pittsburgh and Philly!

We started our current run of screenings with special preview at Black Women Cinema Week at the Eaton Hotel in Washington D.C.

Then we had our sound mixed at Philadelphia Post by John Baker. I can’t tell you how much a film can change with a good sound mix.

Once the 5.1 Surround Sound was was added, the Chief Projectionist at the Tull, Ben McGroarty, made a DCP (digital cinema package) and placed the newly mixed tracks into the encrypted DCP file. Then on November 2nd at 7:30pm we had the official World Premiere of WE ARE FREE BECAUSE OF HARRIET TUBMAN at The Tull Family Theater in Sewickley, PA,  in tandem with showings of Kasi Lemmons HARRIET. It was magical! The two films work so well together. 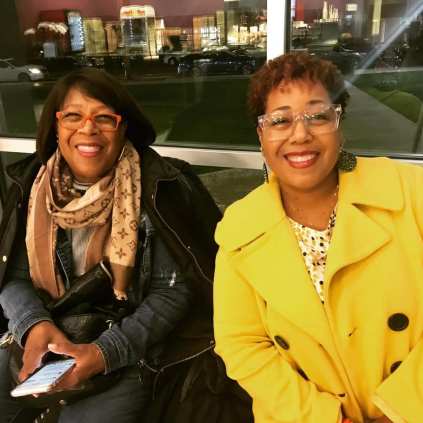 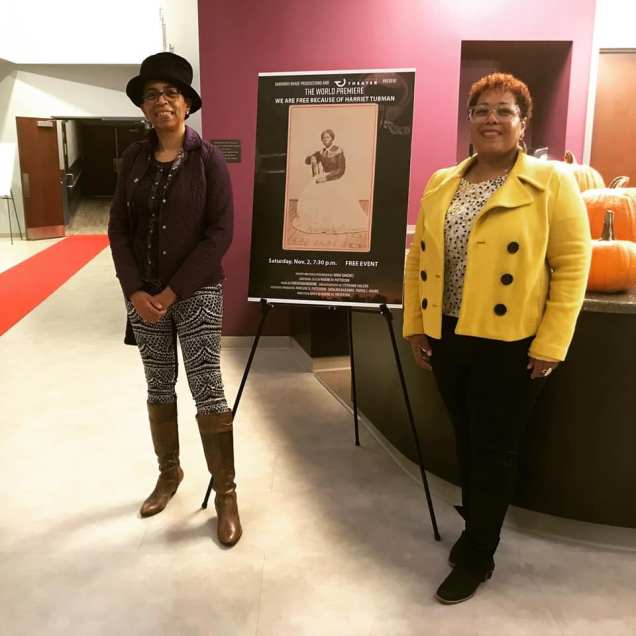 Thanks to Director of Photography Stephanie Malson (in yellow jacket) for deciding to cross two states and bring her mother Jesseia Malson and colleague Tatiana Bacchus. Thanks also to Pamela Richards, Kalpana Biswas, Chris Johnson for attending after MoonDocs. It meant so much to me to have you all there. Thanks to Martha Richards Conley, Esq for the introduction. And thanks to the wonderful team at the Tull, including Dr. Karen Ferrick-Roman for community outreach. But none of this would have been possible without Tull Executive Director Carolina Thor who said yes to showing the short film and who booked HARRIET. [Thanks to Tatiana Bacchus for documenting the mini SIFTMedia215 trip to the Pittsburgh area.]

The next screening of the film will be this Friday November 8th, 2019 at REEL BLACK’s last public event. After 15 years, Mike D. is closing the monthly screening series to focus on making his own films. Doors open at 7pm and the screening starts at 7:30pm. Don’t be late! My film is four and a half minutes. The venue is the Bank (formerly United Bank of Philadelphia) and it’s at 38th Street and Lancaster Avenue in West Philadelphia. The 10 Trolley stops at the corner.

About the film from The Tull Family Theater description of HARRIET events :

The artistic cinematic short, “We Are Free Because of Harriet Tubman”, is directed by Nadine Patterson, an award-winning independent writer, producer and director working at the crossroads of narrative and documentary cinema.

For this film, supported with a 2019 Leeway Foundation grant, Patterson created a meditation of resistance, history and nature around poetry written and read by Sonia Sanchez, internationally honored poet and scholar, and Professor Emerita of Temple University. The film was shot on location on Maryland’s Eastern Shore, along the UGRR Trail marked by the state, and in Philadelphia, where Tubman found refuge in a community of Free Blacks and Quakers.

Please consider making a donation today so that we can continue to travel with the film and add closed captioning and translations in other languages. Harriet Tubman’s message of perseverance and fighting for freedom is one that we as independent filmmakers take to heart. Thank you!

One thought on ““We Are Free Because of Harriet Tubman” hits D.C., Pittsburgh and Philly!”