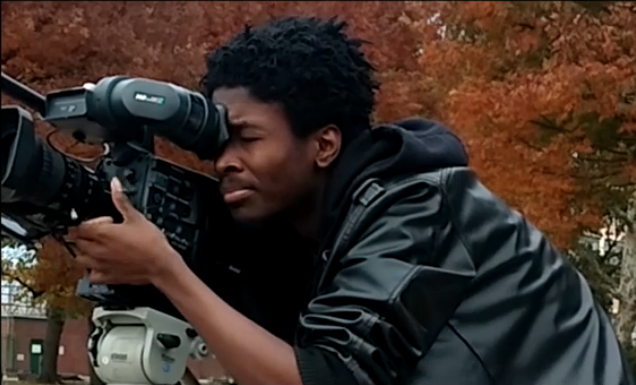 Congratulations to Yolonda and the “Finding Elijah” team for winning the Audience Award for Documentary at Black Star Film Festival 2019!!

“All of the films truly captivated the audience, but I’d like to highlight the film that won the BlackStar Documentary Audience Award,” said Nehad Khader, BlackStar Program Director. “Find[ing] Elijah,” which had its world premiere at our festival. It’s by Philly filmmaker Yolonda Johnson-Young, and both Leeway and Scribe Video Center have supported the making of this film, and she’s also a member of the Philly-based collective Sisters in Film and Television [SIFTMedia 215]. It’s her first film and it’s incredibly powerful and sensitive: it’s a love letter to her son who commited suicide, healing process for her, as well as an investigation into his death. So honest in her Q&A, so generous with her heart.”

Read more about Black Star and the other films that won awards here.

(July 31st 2019) SIFTMedia 215 gives a big shout out to Yolonda Johnson-Young as she premieres her half hour documentary FINDING ELIJAH at the 2019 Black Star Film Festival. Her film is one of three works in Shorts Program 1, Thursday August 1st @ 5:15pm at the Annenberg Center 3620 Walnut Street, Philadelphia PA 19104. Click here for tickets.

Nadine Patterson presents BLACK BALLERINA with director Frances McElroy at Mt. Airy Nexus on Wednesday August 21st from 11:30am to 1pm. It’s a lunchtime event in a cool space. Bring your own lunch or nosh on our snacks.

Stephanie Malson and Nadine Patterson will conduct a special 6-hour class at Mt. Airy Nexus on the crucial elements of Fiction Filmmaking. If you have a draft of a script, an outline, or scenes that need a bit of work, this workshop is for you!  Click here for more information.

Director/Producer/Editor Tatiana Bacchus  documented (with members of the SIFTMedia 215 Crew in for the assist) a wonderful evening at the Light Box Theater with Rakia Reynolds. Check out Entrepreneur Works Presents: Episode IV “Innovating In Your Lane”.

Please consider supporting HipCinema Labs so SIFTMedia 215 can continue to maintain a community space Mt. Airy Nexus. Monthly donations of $5 or $10 means that we can do the work of supporting Black women film creatives in the Tri-State region. Click here to make a tax-deductible donation today. Thank you!