HipCinema and Impact Hub Philadelphia are presenting a new cinema showcase called WAVE. We will present the Philadelphia Premiere of Stephanie Malson’s work on the big screen with “Mr. Guitar” (about guitarist David P. Stevens) and “AFFRM Mavericks Take Sundance 2014”. We will also  bring you the 2014 Telly Award winning “The Invaders: Angie’s Log” webseries by created by Mark Cabaroy and produced by Marti Davis. Register here so we know how much popcorn to buy!

WAVE Cinema is a meeting place for film and media enthusiasts to experience work rarely seen in local venues by filmmakers and media artists from the PA-DE-NJ region and beyond. Each screening will feature audience Q&A with the makers. Works selected will have major creative input by women. We will meet every 3rd Wednesday of each month for the next 6 months. Events are FREE and open to the public. Our inaugural showcase will feature work by Stephanie Malson and Marti Davis & Mark Cabaroy.  Mark your calendar 6pm to 7:30pm Wednesday November 19th, 2014.

WAVE is co-sponsored by: PWIFT, the Philadelphia chapter of Women in Film and Television; and Griot Works, an organization presenting artistic work based in African American storytelling and culture.

Trailer for “The Invaders: Angie’s Logs”

Stephanie Malson is a South Jersey based writer, visual media artist, and creative consultant. Her background is in Communications and Corporate Digital Media Development. Since 2009, Stephanie has been taking a crash course in filmmaking. Over the years, she has developed digital content for local organizations Soul Sanctuary Inc., Griot Works, Hip Cinema, Teaspoon and Pound Media. Most recently, Stephanie worked along side a team of shooters to create promotional content for the Brothers of the Knight national tour presented by the Debbie Allen Dance Academy. Stephanie is also a passionate advocate of Black Independent Cinema. She is the Philadelphia Maverick Captain for the African American Film Festival Releasing Movement, also known as @AFFRM. 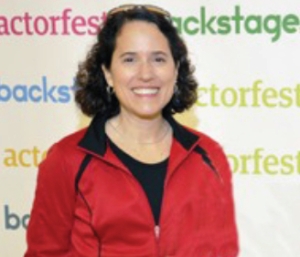 Marti Davis has extensive business skills that she brings to her roles as Producer, AD,

Casting and Talent Consultant. She entered the TV/Film industry as a direct result of her daughter Leila Jean Davis becoming an actress. As Leila’s manager, Marti has guided Leila’s career to steady success in the entertainment industry. Marti is an award winning producer. She was awarded a 2013 Telly Award for a PSA for CASA of NJ. She’s also produces the award winning Zombie Etiquette TV Shows. Her work highlights include a Doritos Super Bowl Contest Commercial, and producing a feature film for Amazon Studios. Marti founded and operates Blue Ribbon Productions to continue the tradition of providing top-notch production support to her clients. She has a bachelor’s degree in Marketing from Bentley University and an associate degree in Business Administration. She is dedicated to the success of every project she’s involved in. 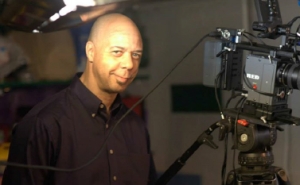 Mark Cabaroy is an award winning Writer/ Director who for over 25 years has been directing, writing and producing various film projects including , but not limited to, short films, commercials, music videos and educational industrials. After attending the School of Visual Arts, Mark started off his career as a freelance writer for the Children’s Television Workshop, writing for hit shows such as Sesame Street and The Electric Company. Mark’s debut feature “Life’s Passing Me By” was picked by film critic Kam Williams’ Sly Fox film review as one of the top ten best independent African American films of 2009. In 2013 he was awarded an artist in residency BRIO grant from the Bronx Council of the Arts. Mark created “The Invaders” web-series because he wanted to make a fun science fiction project. Mark– “I knew I [..] wanted something…along the lines of Guardians of The Galaxy meets Home Alone”.

Directions to Impact Hub Philadelphia are here. It is north on 1227 4th Street between Girard Avenue and Thompson Street. The 57 Bus, 15 Trolley and Market Frankfurt El Line are within walking distance. 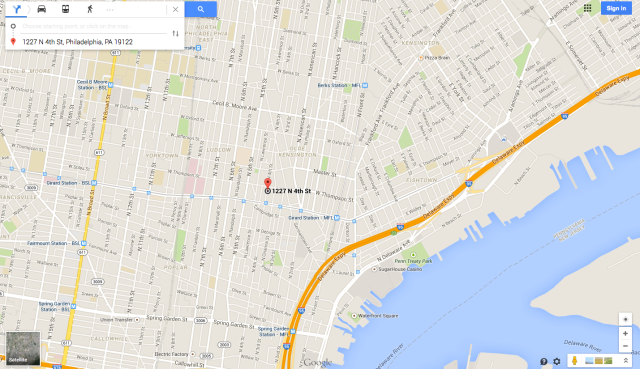