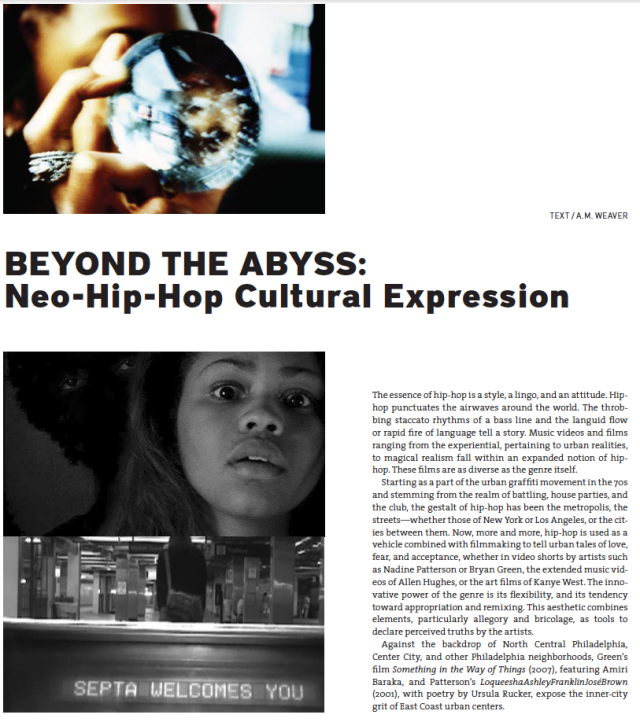 Beyond the Abyss: Neo-Hip-Hop Cultural Expression is a very insightful essay by Philadelphia curator/artist/writer AM Weaver. View the complete article here. The January/February issue of ART PAPERS focuses on the impact of Hip-Hop culture in the visual arts. She looks at Kanye West and Jay Z’s featurette “Runaway” which is  a modern day fable of star crossed lovers, one human the other one phoenix. It is refreshing to open an art magazine and see humanity in all of its diversity. Let’s hope that more art zines and journals take notice and realize that the world’s relevant art and culture scene is built upon the shoulders of black and brown people.

Ms. Weaver discusses the work of two Philadelphia artists: Bryan Green and Nadine Patterson. Ms. Patterson’s work “LoqueeshaAshleyFranklin JoseBrown” was done in collaboration with poet Ursula Rucker and musician Lenny Seidman. Mr. Green’s film “Something in the Way of Things” is set to the music of the Roots and the poetry of the late great revolutionary writer/activist Amiri Baraka.